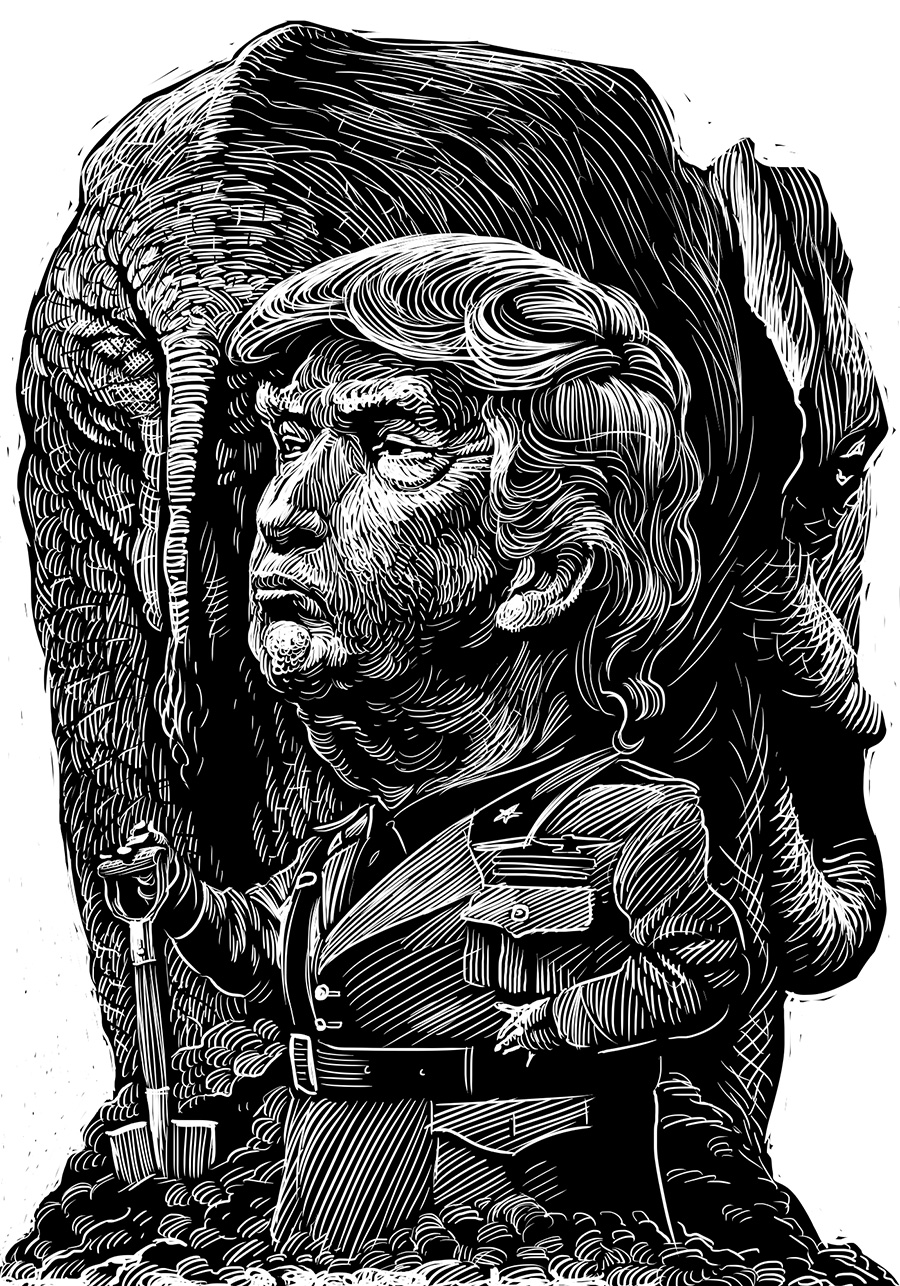 Immediately following the highest grossing month (May) since 2008, I experienced one of the slowest and lengthiest early summer droughts in years (June-mid July). This week there appears to be some signs of life starting to pop up (a meeting to discuss some work for a local client tomorrow, and another book project just popped up out of nowhere this morning). This morning I did a ‘self assignment’ just to try and keep my spirits up (the illustration above) which I’ve entitled “To the Victor, the Spoils”. Below are a couple of black and white illustrations I did for Green Prints Magazine last week (or the week before, I’ve lost track of time). 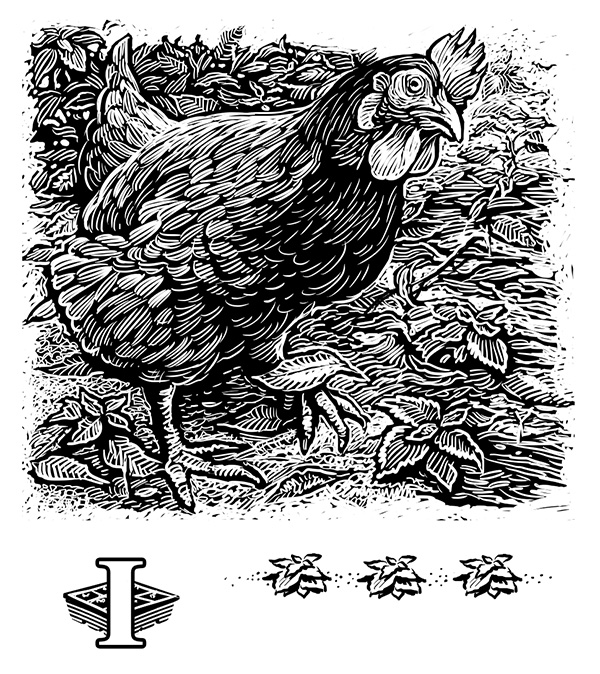 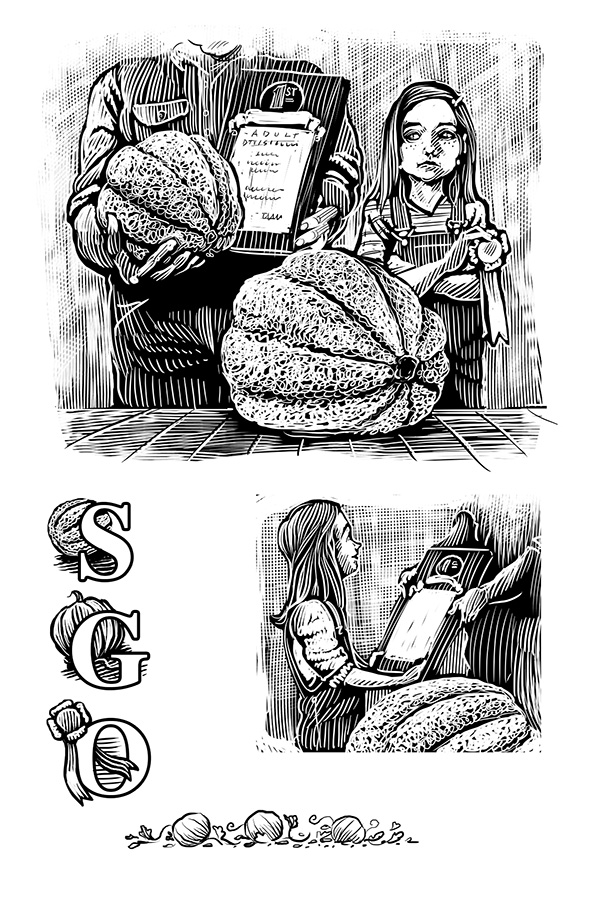