Above and below are a series of three fiction assignments I did this week for River Styx. Below that, an assignment for the Wall Street Journal Sunday supplement. Next month promises to be a busy one, with three book assignments coming due at the same time, but I’m enjoying a brief window of quiet before the storm. Hopefully by this time next month, we will finally be out of this horrible frigid winter (negative 9 degrees this morning in Grand Rapids). 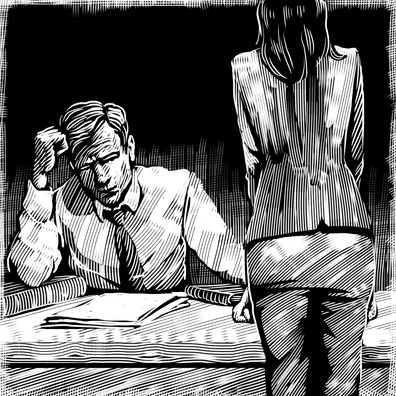 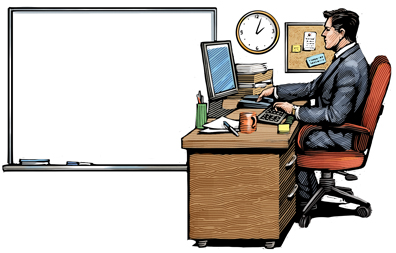 Getting near the finish line on February. Just completed two sets of book interior sketches (a little worried, as I’ll likely be finishing up three books at the same time in the next couple months, I may have bitten off more than I can chew), and I’ve got a few more ‘shorter deadline’ illustrations to share in the meantime. The above illustration was one I completed for the Wall Street Journal over the weekend (on removing splinters), and below is an illustration for the Chronicle of Higher Education and an illustration for US Catholic from last week. Last summer I did a series of 25 or so illustrations for a book on economics (see the Amazon link here), and wasn’t able to share them here for contractual reasons. Since the book is now out and on the market, I’ve chosen a few samples to share. Ok, when I’m not shoveling snow out of the driveway (went out and did it 4 times yesterday, just trying to keep up with the latest blizzard, and I’ll probably be going out and tackling it again in a few moments), or working on sketches for a couple of upcoming books, I’ve managed to get a few jobs done this past week, that I can share with you. Above is one I did for the American Bar Association last weekend, and below is a piece for Alfred Hitchcock’s Mystery Magazine that I finished this morning. Well, it’s getting around that time again. Every year, my brother throws a ‘Oscar Party’ at his restaurant in Chicago, and every year for the past ten years I’ve commemorated the event with a ‘caricature poster’ that I have printed up and framed to give as a present to him. I was a little worried this year, that I wouldn’t have time to get it done, considering the heavy workload I find myself with, but I managed to find a little window of opportunity this past weekend, and doubled down my efforts to get it completed (and much earlier than I have in years past, surprisingly enough). I had said last year, that this might be the last year I do this, seeing as how I’d been doing it without letup for ten years now, but I think I’ll wait and see how I feel about it next spring. There may still be a little life in this pointless endeavor yet. (Click on the image above to see a larger version)

A lot of repeat faces from years’ past (Cate Blanchett and Meryl Streep seem to be ones I’ve done the most in the last ten years, and I’m getting to where I can almost do them without reference)*, with several new ones in the mix to keep me on my toes (Bruce Dern and Sally Hawkins I found particularly challenging).

*(I’ve done a tally, and George Clooney is the one face I’ve drawn the most times this past ten years with 6 appearances, and tied with 5 appearances is Cate Blanchett, Meryl Streep and Amy Adams, and I’ve drawn Philip Seymour Hoffman and Leonardo DiCaprio 4 times each. Appearing 3 times in the past ten years have been Jennifer Lawrence, Kate Winslett, Laura Linney, Joaquin Phoenix, Michelle Williams, Judi Dench, Penelope Cruz & Brad Pitt. 26 other actors have appeared twice, and 110 others have only appeared once — giving us a grand total of 160 caricatures for the past ten years) — oh and one more bit of trivia — in three separate occasions, three actors have appeared twice on the same poster (Cate Blanchett in 2008, George Clooney in 2006 and Jamie Foxx in 2005). Anyhow, for the curious, the link below points to the posters I’ve done in the past.

Link to all the posters in this series. And here we are in February already. Still buried in snow here in West Michigan, and I’ve now got three books that I’m currently working on (and again, not able to share any of the work here in this blog until publication). But in the meantime, I’ve been also working on several shorter deadline projects. The black and white images above and below are all for the newest edition of the Witches Companion book for Llewellyn. I believe this is the seventh book in this series that I’ve been involved with (I usually do a cover in the late fall of the year, and a portion of the interior illustrations around the first part of the year), and I usually enjoy these projects very much, being a bit of a change of pace from the usual bill of fare around here. Below is a cover and interior spot for Farm Futures Magazine that I did last week, and below that, a piece for US Catholic, and a piece for the Wall Street Journal.