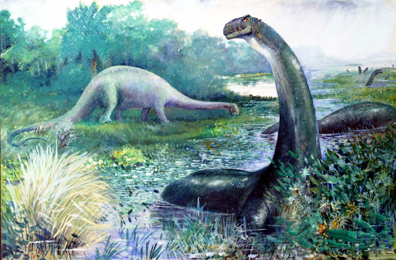 As far back as I can remember, I have been drawing pictures. I was always a very shy child, and drawing pictures was a quiet, introspective way to spend my time, while concurrently and paradoxically the act would garner me with attention and praise from friends, parents and teachers.

My earliest drawing memories date back to my childhood in Flint Michigan. I would have been about 6 or 7 years old in 1968-69 and in the first grade. A older boy next door had a small blank notepad and would take requests to draw things from the younger kids. I was fascinated by this talent, and began imitating this behavior in my own circle of siblings and friends. I seem to remember many pictures of Dinosaurs and Lava Spewing Volcanoes (another of my early childhood obsessions). The biggest ‘Aha’ moment of my childhood was seeing a cartoon image of Rudolph the Red Nosed Reindeer pasted to a neighbor’s front door around Christmas time, and actually seeing how the picture was made up of a series of lines and shapes that I could duplicate when I got home. Many photos and home movies of me feature a pad of paper and pencils/crayons nearby.

My Grandfather on my mother’s side had ambitions as a young man of being a graphic artist. The Great Depression and the demands of raising a family pushed him toward a more practical career working for the auto industry, and cost him the tip of one of his fingers. He dabbled in oil painting for a period, and I’m not sure if any of his paintings have survived, but what I remember is a series of outdoor scenes, shorelines and birch trees. My mother, also had early ambitions of an artistic bent, and from what I am told, wanted to be a fashion designer. She got married, had four kids, and like her father, contented herself with the occasional oil painting or craft project to satisfy the creative urge.

On my Father’s side, the history is of simple farm folk, who valued hard work, mechanical know-how, and if you needed recreation, there were card games or sports. My Grandfather played the fiddle for barn dances, which may have been where I got my musical aptitudes. My Father had a particular talent for mechanics. He could cobble together a solution to nearly any engineering problem out of spare parts and left over hardware from his work bench.

I see my talents as arising from the melding of these two sides of the gene pool. I see myself as a ‘blue collar’ picture engineer. I’ve always had a problem with the word ‘artist’ and its pretentious and elitist connotations. When people ask me what I do, I tell them I ‘draw pictures for a living’. We didn’t have many books or magazines around the house when I was a small child, but I rabidly devoured the images in whatever I could find. We would make occasional visits to the library, and for a time we subscribed to a children’s mail order book club.

One book that really impressed me, from an illustrative standpoint, was “Alexander and the Magical Mouse” (Martha Sanders, illustrations by Philippe Fix). This was a story about a little old lady who lives in a huge victorian mansion on top of a hill along with a mouse (in tiny wizard garb), a cat, a yak and a crocodile, who, with their combined talents, save the close-minded townspeople in the valley below from a devasating flood. The pictures were lush and densely crowded with detail with vivid colors that really caught my eye, and I remember long hours poring over each of the images to the point where I can still recall many of them to this day. 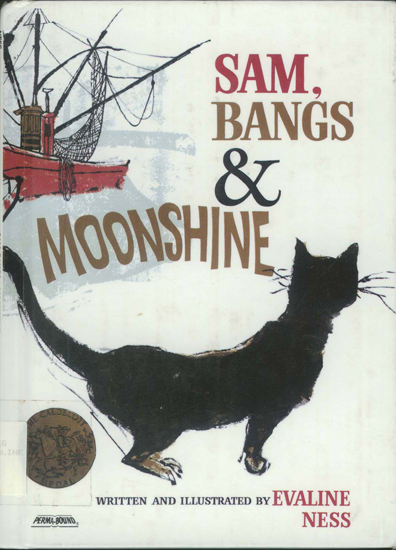 Other books in the series I remember were: ‘Sam Bangs and Moonshine’ (written and illustrated by Evaline Ness) – about a girl with an overactive imagination who nearly gets a friend drowned on a stormy night because of her wild storytelling (I remember the illustrations in this one being rather loose and expressionistic, and I would later discover that they were very representative of the sort of fashionable magazine illustrations of the time). 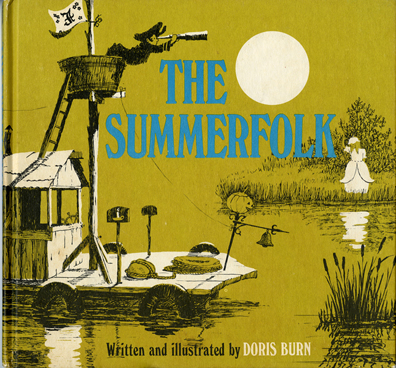 ‘The Summer Folk’ (written and illustrated by Doris Burn): a tale about a young boy on vacation who meets a number of strange companions who live on the river in elaborately designed rafts. The copious details of the fanciful rafts really caught my eye and sparked my imagination to the point where I would draw and design boat plans and treehouse layouts that I hoped to build myself at some future point (still waiting for that day).

Other books of note were a series of Reader’s Digest Condensed Children’s Classics with some memorable illustrations in a variety of styles (a Robinson Crusoe illustration of the remains of a cannibal feast, I remember quite vividly).

My Grandparent’s house was also a treasure trove of illustration influences. There was a Walt Disney book adaptation of one of the Mickey Mouse Cartoons (“Pluto’s Judgement Day” to be precise) that featured Mickey’s Dog Pluto being dragged down into hell in a dream where he is judged by a nightmarish jury of cats that he has wronged in his life. Also memorable, in a nightmare inducing way, was an illustrated book of the Arabian Nights full of One Eyed Giants, Sea Monsters, Giant Flying Birds and other exotic characters. In later years I would discover my Uncle’s treasure trove of Mad Magazines from the early sixties, but that is a story that needs its own chapter.

In third grade, one of the first of my school teachers to take notice of my drawing abilities and encourage me was a young woman named Mrs. Lint (she was a Miss Something in the first semester, but got married — a devastating bit of news to a shy young boy with his first ‘teacher crush’). She actually had a talk with my Mother about me that I overheard on one visit, and how she described my way of ‘drawing eyes’ as very sophisticated. ( I was merely copying the Disney method of taking a pie chunk out of the black part of the eye, ala Mickey Mouse ) It was the first time I can recall anyone mentioning that this might be a possible career path for me in the future.

Other children’s illustrators who crossed my radar in my early years of school were the wonderful pen and ink drawings by Joseph Schindelman, and the beautiful gentle illustrations by Garth Williams for Charlotte’s Web. Once again, the pen and ink style spoke to me in a very visceral way. These two books were introduced to me by my fourth grade teacher Mrs. Tortorello.