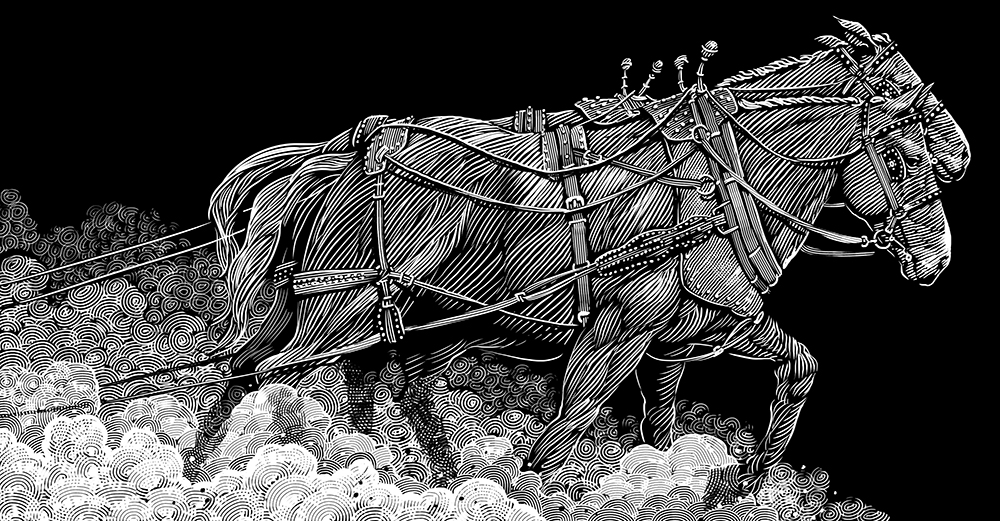 After a couple weeks of relative quiet, the illustration machine has switched back into high gear. Working on finishes for another book project, and then another book project hot on its heels, and I’ll be starting on some book cover illustrations for another publisher (and I’m still anxiously awaiting a fourth project that has been hinted at for around this time). Looks like I’ll be very busy for the remainder of the year. The illustration above was a holiday greeting card design for a corporate client that got squeezed into the margins between other projects.
In other news, I’m expecting my copies of the Directory of Illustration very soon, and it should be reaching potential clients as soon as January or February of next year, so I’ll be weighing in on the effectiveness of that advertising investment soon. Still two and a half months to go in 2016, but it already feels like the new year is breathing down my neck. For the record, 2017 will be my 28th year in business as a full time free-lance illustrator.